“A people without the knowledge of their past history, origin and culture is like a tree without roots…”- Marcus Garvey.

The endearment in the story of the past will bring wonderment when one could experience it. To feel and be a part of the history, there are five best PC games where one can get that adventure.

Assassin’s Creed series are one of the top rated award winning games in record created by Ubisoft. From the Third Crusade, Renaissance Italy, American Revolution, Republic of Pirates to the French Revolution, Victorian England, Ancient Egypt, Classical Greece and now the upcoming Viking invasion of Britain as an honorable creed person or a badass Caribbean Pirate.

It primarily revolves around the rivalry and conflict between two ancient secret societies, the Assassins who fight for peace with free will and the Knights Templars, who desire peace through control and order. It has the native languages and cultures where one can forget the reality through the places and people.

Read more about: 5 Reasons Why Video Games Are Useful In Life

The framing story set in the 21st century which follows Desmond Miles and later describes the player as an Abstergo agent who relives the genetic memories of his or her ancestors.

Age of Empires series is a history-based constant technique computer game created by Ensemble Studios which has won many honorable awards including the game of the year and the title of the year.

The user is the leader who builds and develops the village and protects from the invasion of the enemies.

It permits the player to go about as the pioneer of an old development by propelling it through four ages (the Stone, Tool, Bronze, and Iron Ages) and requires the player to develop a civilization from a handful of hunter-gatherers to an expansive Iron Age Empire.

The civilizations are sorted into four distinct architectural styles, based on East Asian, Mesopotamian, Egyptian and Greek architecture, which determine the in-game appearance.

It will be played on a real-world map, marked by the use of standard real-time elements but with an ability to make any and all changes even while paused.

Total War is a series of strategy games developed by The Creative Assembly. They combine turn-based strategy and resource management with real-time tactical control of battles. Rather uniquely for real-time strategy games, flanking maneuvers and formations factor heavily into gameplay.

It is comprised of two interdependent maps; the Campaign map, which combines a risk-style playing field with real time strategy elements and the Battle map, which allows players to conduct military engagements.

This series is widely recognized as being the first to introduce large scale military battlefields in gaming industries. They concentrate on short pivotal moments in history occurring in limited geographic areas. The player must choose from a selection of historical factions. It is all about managing finances and settlements and conduct diplomacy to successfully complete the game.

Men of War series is mainly based on World War II. It is a real time tactics video game which allows the player to control German, British, American or Soviet soldiers in single and multiplayer. As with many of the Men of War games, the missions are based on leading a small amount of forces into battle against a larger enemy. Exploring the war lands of Vietnam, Soviet Union, Japan, Germany and America.

The player has to use his or her military tactics in the simulation to overcome the enemy with minimal losses. Germany, Great Britain, the United States, the Soviet Union and Japan as playable factions, each with a large array of tanks, guns, vehicles and infantry.

The conflicts feature authentic vehicles and weapons of the era and brutal combat that will take players into the heart of the fight.

“Video games are another world where one can live as many characters with honor, vigor and skills”

Gaming Technology of Plants vs Zombies 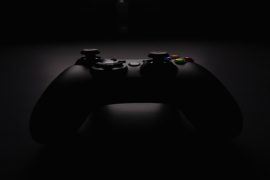 Gaming Technology of God of Thunder